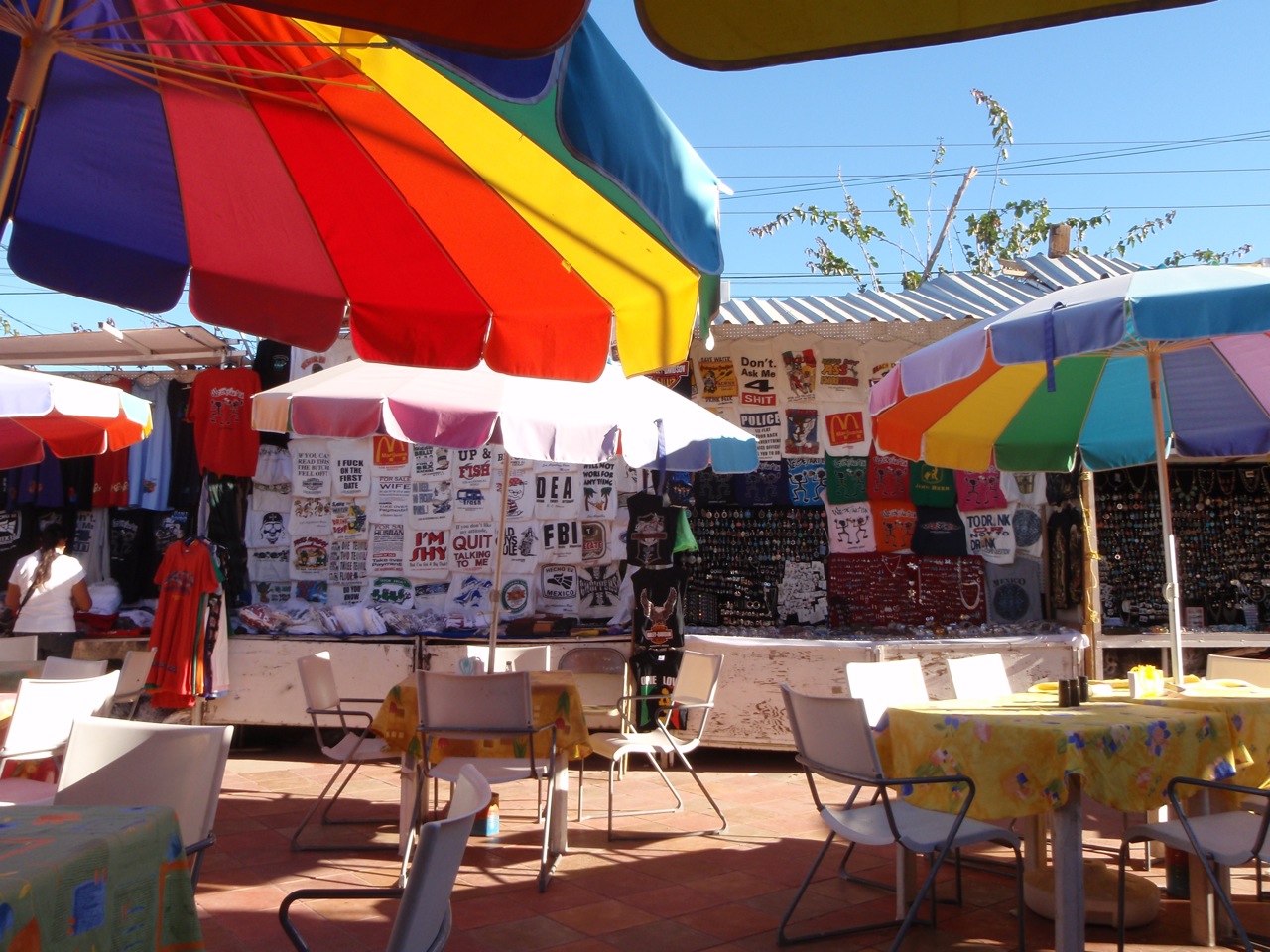 I had never heard of the little border crossing town of Los Algodones, Mexico until about a month before we left on our trip. Most people, or most gringos at least just call it Algodones, and it is a bustling little town full of shopping, pharmacias, dentists and other cheaper-in-Mexico services and shops that make it a very popular place with predominantly the retiree crowd. December is shoulder season there and I hear February is crazy busy, according to the shop keepers and RV park peeps we talked to.

No signs of border-town-drug-warfare anywhere although I had hatched a perfect escape and evade plan so if it would come down to it, I was ready and on alert.

Getting into Algodones is very easy, much more so than I thought it would be. If you’re just going to spend the day or a few hours there, by far the best option is to walk across the border. There’s a fenced and gated parking lot that I think is run by the US Border Patrol right at the crossing and it costs $5 for the day for cars, more for  trailers and motorhomes but they’re welcome too. When we went the lot was about 1/4 full or less.

You can drive across the border too, and it looked like there was 1 or 2 lanes going in with a checkpoint. We showed up around 2pm so the inbound traffic to Mexico was completely nonexistent. People recommended we go in at 11am because that’s when a lot of the shops – especially the pharmacias – open and you can get your stuff, have plenty of time for lunch and shopping and get back in line around 4pm to cross into the US. We felt like going that day instead of waiting for the next one, so we decided to check it out and going in at 2pm was just fine, if not better to avoid the crowds of gringos looking to get their shopping on.

So to actually cross the border, you walk out of the parking lot next to the ATM machine and turn right to walk down the cement ramp. The ramp itself is about 100 feet or so long, and you get to a place where there’s a shack building on your left and it routes you back around a couple other buildings. It feels like you’re walking in the back door of a shopping center. Then you take another 8 steps and you’re in between a few stores in this little courtyard type of thing. There was no one around when we did this, so it felt really eerie, especially the part when you take another 4 steps to be on the sidewalk and see the backs of no less than 12 Federale Police officers who are trying to entertain themselves and not be bored. Yep, there’s no booth to stop at or anything. I guess Mexico isn’t too afraid of gringos sneaking across the border. I’ll have to remember this if the US economy totally collapses and I need to make a run to get away from it all.

By car I’m sure the process will be different, but in my experience no one has been less welcoming into a country than US Immigrations and Customs Enforcement agents, so I doubt you’ll have any trouble if you read up and get your paperwork in order. The other thing to remember is a saying posted on one of the only signs on the way into Mexico, written in Spanish and conveniently translated to English, which said “The guns its illegal in Mexico” so leave that burner at home before you cross.

Coming back was a different story. There was a line of cars about 4 blocks long that we could see, and then the line turned the corner. Car crossing isn’t worth it unless you plan to stay a while. Walking back you’re funneled down another walkway, this one has concrete walls once you enter the funnel and there’s a bunch of last-ditch-merchants peddling their wares, many of whom are short, old, toothless ladies peddling chicklets and know only one English word; money. I only took about $100 when we went in, and that got spent almost instantly at the pharmacia where they’ll sell you almost anything over the counter except for narcotics which you need a prescription for, although I would be surprised if there wasn’t a handy Mexican doctor that spends most of his day writing prescriptions to gringos who are in so much pain they can barely walk across the border each morning. So I didn’t have anything left for the ladies who I wish I would have a few dollars for, although my wonderful lady friend on this journey did have a few, and bless her soft heart she gave them some.

When the crossing back in is busy, I expect that there would be a long line down this walkway into the ICE checkpoint, but we walked right in and had 1 person in line in front of us. We were soon called to the next available, friendly, smiling face that welcomed us back to the US with the words “One person at a time! One person at a time!” looking at us and the dude behind us who tailed us right to the counter. I told her that the lady and I were traveling together, to which she repeated “On person at a time!” to the dude behind us, then turned to us and said “what was your purpose of the trip outside America.” without so much a smile or a greeting of any kind, which made me feel right at home and I knew I was at a US border crossing. Ah! Home safe at last away from those scary Mexicans.

For those of you Homeland Security goons reading this blog post due to the fact it no doubt triggered all sorts of filters with the words like “Obama, border, Mexico, Narcotics, Guns, run away” included in it, you could at least get some friendly people to employ in the government, once in a while in positions where they deal with the public, it would be nice for a change.

We didn’t take a lot of photos while in Algodones because I was too busy planning my drug-lord-warfare-escape-plan, and I generally don’t want to look like a tourist and flashing my camera, cell phone, wad of money, wearing lots of jewelry and all that stuff (even though I SO do love jewelry) but here are a few that we did take which will no doubt be uninteresting to anyone who doesn’t know us, and even then probably less than marginally interesting to those who do. 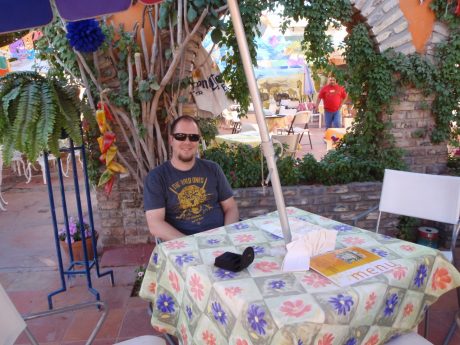