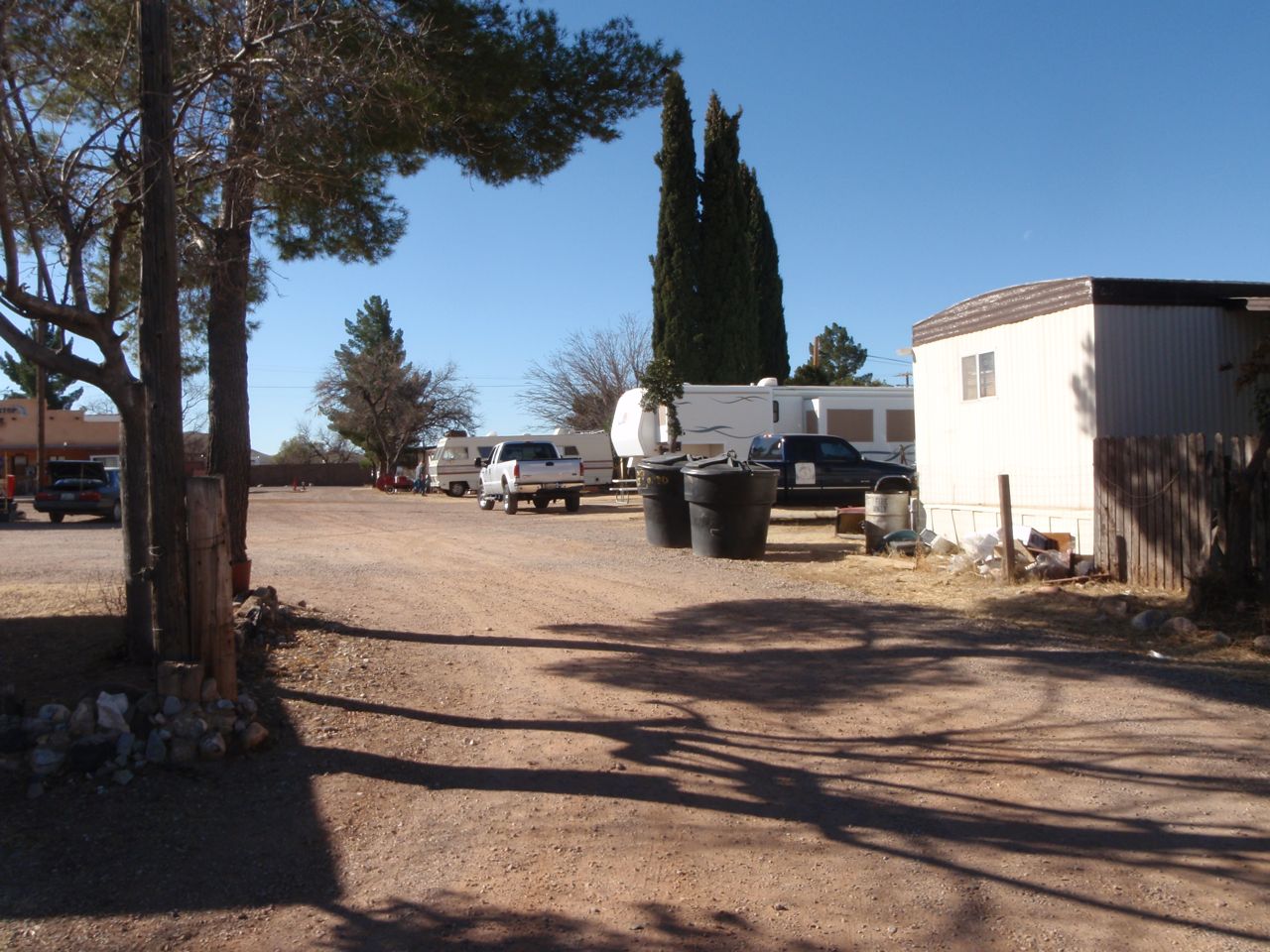 In my opinion, Stampede RV Park is the best park in Tombstone. A few of the reviews we read before checking it out made it sound pretty bad with ‘garbage’ all over the place. We first walked by while we were staying down at the Tombstone RV Park down the street to check it out. Yes, they do have stuff piled but it’s mostly in one spot off to the side of the office. Inside the office there’s stuff everywhere too, I would not consider it organized from that point. 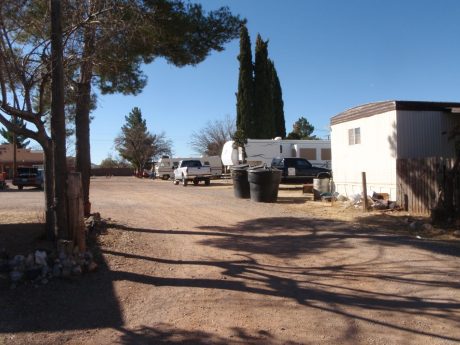 The rate at $28/night was cheaper than Tombstone RV Park which surprised me, considering it was closer to town and we stayed for another 3 nights in Tombstone before heading to Bisbee.

If you want to use the restroom, you need to get a key which I think there might be a deposit for but we didn’t need it so I don’t know for sure. The laundry was decent although the dryers were a bit extra slow in drying things.

Spaces again are all gravel. It’s pretty much the norm for all the Arizona RV Parks I have seen other than the real expensive ones, and I bet when it’s 114 degrees in the summer you don’t want all that retained heat melting off your tires anyway. They were nice and wide where we were off to the side, although in the middle they did not seem very enticing. This park has 2 separate blocks so there might be some choices as to where you’re parked, and a number of long term residents but it was hard to tell which mobiles were on the park property and which were mobile homes on their own, as there were a few of them scattered in Tombstone anyway.

The people were laid back and friendly, just like everyone else we met in Tombstone. We ended up having breakfast one day at their breakfast-only restaurant which was better than expected although still basic and home-cooking-ish. The prices were reasonable.

If you’re planning to visit Tombstone, and you’re not too high maintenance of a person (I don’t think this entire town would be good for those who are) then you might want to check this place out as it’s the best value in town. The biggest drawback is the road that goes between the 2 blocks the park takes up is quite highly traveled during commute time, so it can be noisy. However, Wells Fargo RV Park also is on a different busy street so there aren’t too many other choices.

They also have the best website of the 3 options we checked out and cabins for rent in a separate area across another street. There looked like there was 1 other place that accepted RVs but we didn’t really look into it much and it was right on the main through street which usually doesn’t appeal to us very much anyway.