I’ve been struggling about whether I wanted to write anything about Desert’s Edge RV Park where we spent our time in Phoenix. We really liked the park, and thought the rate was quite fair considering the quality of the park. However, I’ve been having somewhat protective feelings since I don’t want the place to get so busy that we can’t find a spot next time.

This park is nice. The spots are a brownish-red gravel but very well compacted and level. Each space has a concrete patio and most have bushes or a tree separating the spot from the neighbor. Overall the spaces were very large, much more so than just about any place we stayed. We also got lucky to not have anyone in the space outside our door for almost the entire month.

They have a pool, a hot tub, pool table, gathering room (where they had breakfasts and other events) laundry and showers/toilets. There are also a number of fruit trees (mostly oranges) which you are free to pick from whenever you feel like. Everything was very clean and in good condition and maintenance folks were always running around doing some kind of cleaning and maintenance to keep the place in top shape. They are also very dog/pet friendly, although they did have quite a few rules that you had to follow. Rules suck, but they also do keep the appearance of the park in top condition so it’s understandable.

Monthly rates range from $549 to $850 and include electricity which is a great deal. You can use your AC or electric heaters as much as you want and not have to worry about paying extra. If you really want you can have electricity billed separately for long term tenants, but that’s a pain for those who don’t plan to stay very long.

Our only complaint was that there was nothing in the area to walk to, and the park is basically next to the freeway in an industrial neighborhood. However, the immediate ‘neighbors’ are empty lots and there is a huge sound retaining wall by the freeway which kept the noise to a minimum, plus I-17 has recently been repaved with rubberized asphalt which kept the sound level way down. We were also at the end of the park furthest from the freeway. Walmart, Best Buy, Lowes, restaurants and a lot of other shops are only about 3 minutes north via car. Theoretically you could walk there, but as with almost everything in Phoenix, its a long distance.

Overall I didn’t notice the freeway noise at all, but the small prop-engine airplanes which flew in and out of the nearby (about 5 blocks) municipal airport were annoying around 4-6pm. I didn’t hear them in the mornings, but in the afternoon and early evening it seemed like some people were choosing to commute by plane instead of car because there were so many of them during this time. 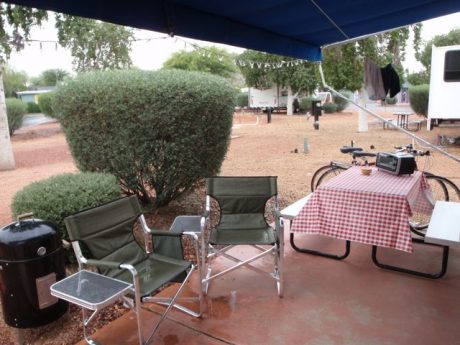 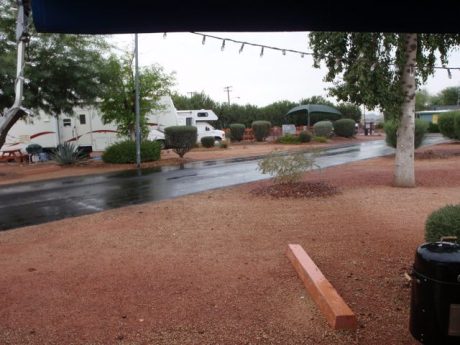 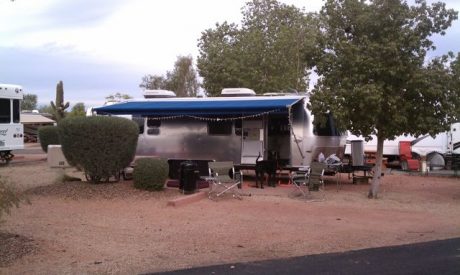 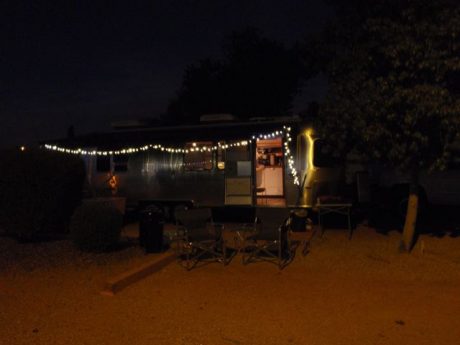