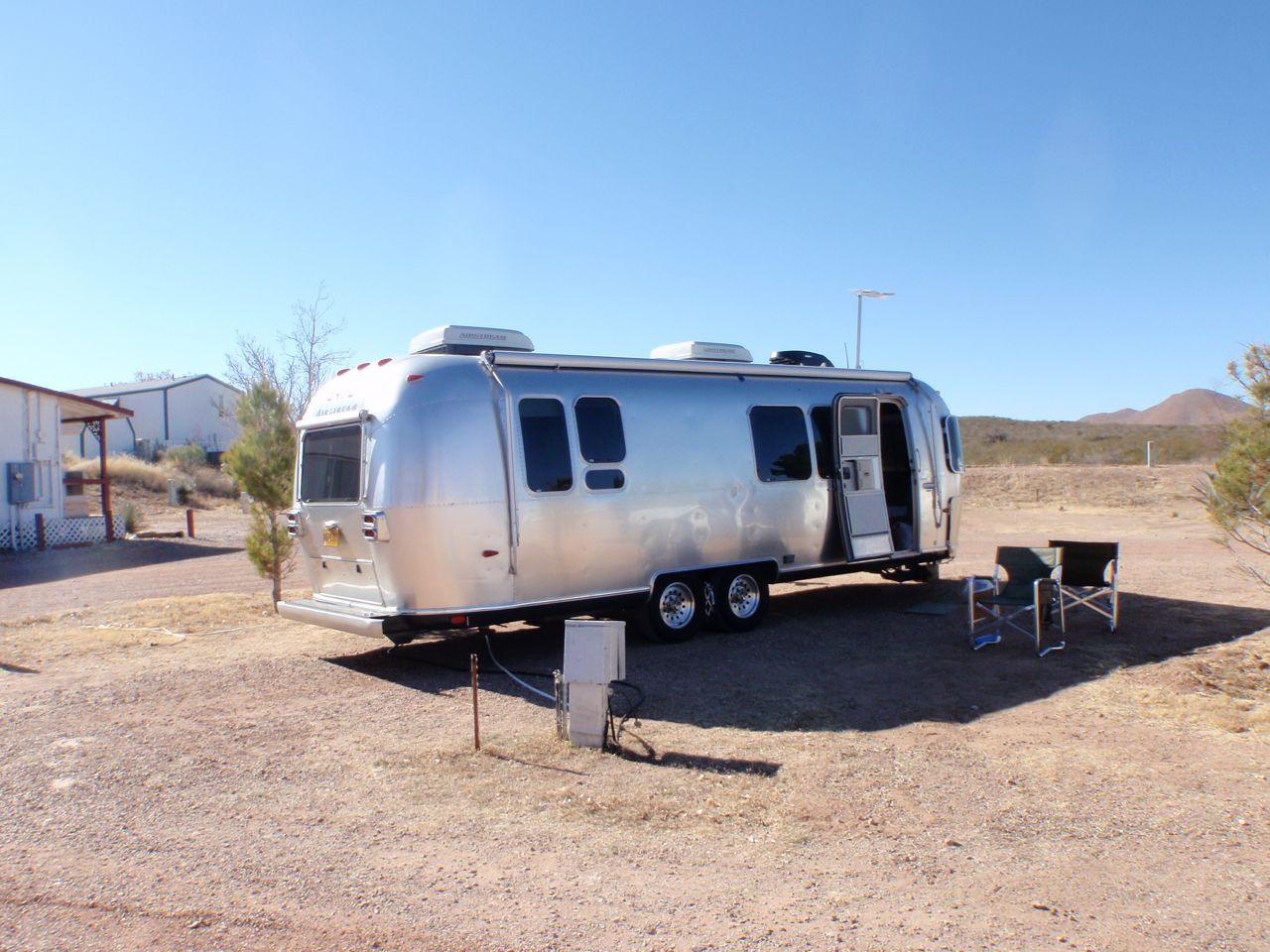 After spending a month in Phoenix, we headed to Tucson where we stayed at the Cactus Country RV Park for a couple nights and had some work done on the Airstream before heading out to Tombstone. 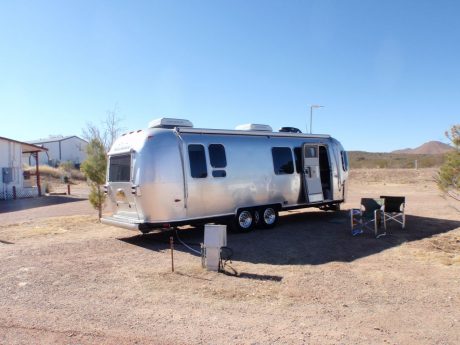 As we rolled in to Tombstone, we spotted the Tombstone RV Park on the right side (we were heading south from I-10) and stopped in to check it out. The rate was $32 per night which we thought was fair so we decided to stay there for the night. We then added another night after we decided to stay in Tombstone longer, but after that decided to move to the Stampede RV Park in Tombstone city limits so we could walk to things. If we go back we’ll probably stay at Stampede each time if they have space available.

The park has incredible views to the west so the normally great Arizona sunsets are absolutely awesome here! Longer term tenants get the very back row, but we were able to pick a spot where there was no one directly across from us and our lounge was facing the view, which made for great ambiance.

There’s a few cabins on the property that they rent out, and they had a pool which was closed while we were there. It didn’t look all that appealing anyway. There is also a restaurant / pizza spot on site which we didn’t check out, and they have propane here too. It seemed like more of the locals that lived in RVs stayed here, and the in-town spots were more for people traveling through.

Again, it’s 100% gravel but the spot was pretty much level. Weather in Tobmstone got down to the high 20’s while we were there almost every night and the hose froze once here so I started to take it off every night so I didn’t have to wait for it to defrost in the sun during the day when the sun heated us back up to mid 60’s.

Some of the online reviews we read before stopping here were complaining about the park. I can’t say it was fantastic, but the price was fair considering what I have seen where other parks have a much less appealing environment and RVs packed side by side. It is true you need long electric cable and water hose or you won’t be getting a hookup very easily. There’s a picture below showing the hookup on the curb side of the trailer, which we had to route under and to the other side where the trailer connects. I’d say most places they are normally less than 10 feet from the hookups on the back side, but this place wasn’t that way. 25 feet worth of cable should be enough. We didn’t dump the tanks so I didn’t pay attention to how close those are.